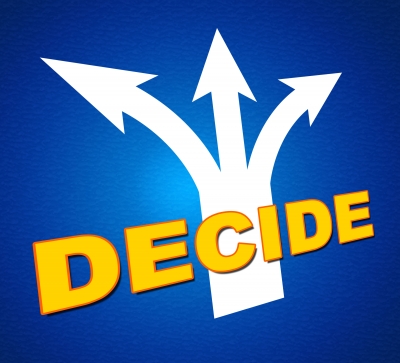 In the 2015 Kentucky Governor’s election, some of the results of the voting seemed astounding. For one thing, Kentucky elected a Republican Governor for only the second time in four decades. Most were shocked when Governor Matt Bevin was elected, having fully expected his Democrat foe to prevail as Democrats usually do in the race for the Governorship in this usually red state. The results were even more shocking when officials looked at the county-by-county breakdown of the voting.

Matt Bevin had made his platform clear. He was going to repeal Obamacare in the state. Kentucky has one of the most successful Obamacare programs in the U.S., called Kynect, which has been particularly helpful to some in the poorer Eastern Kentucky counties located in Appalachia. Bevin also planned to considerably roll back Medicaid, the welfare program that so many in this poor state relied on. Yet, in Owsley County, Kentucky, the ninth poorest county in the state, voting results showed that 70.5% of the voters cast their vote for now-Governor Matt Bevin, despite his position on these policies. In Magoffin County, Kentucky, also in the Appalachian region of the state and the eighth poorest county, 54% voted for Bevin.

Did the voters in these two counties vote against their own self-interests when they voted for Matt Bevin for Governor? In Owsley County, 66% of the population is enrolled in Medicaid and 47% in Magoffin County. Yet, they voted for the candidate that stated he was going to dismantle the health insurance part of the program and considerably roll back the welfare benefits. Why?

There are many opinions and varying answers to these questions. On the surface, some say that the average education level of the voters in Eastern Kentucky is low and these low information voters cast a ballot without full knowledge of the candidates’ positions. I personally know that is true in many cases.

There is a second issue which quite possibly trumps the issue of the low-information voter. This issue is not one you hear the talking heads spout on Fox News or any of the news programs. Some people actually vote principle over pocketbook

Eastern Kentucky is in the region we call the Bible Belt. Many people rely on their religious values to determine their actions. The conservative movement has hijacked religion and made it a part of secular politics. They have somehow painted the Democratic party as the Anti-God party though this is blatantly not true. The Democratic party has simply respected the separation of church and state. Many voters have cast votes for candidates who espouse their own religious views even if the very things they promise to do are against their own self-interests.

There are many examples of voting principle over pocketbook. Gun control is another. Until the mid-1970’s, the National Rifle Association (NRA) was a moderate organization supporting moderate gun control laws. Then, it adopted a strict original interpretation of the Second Amendment and bought and paid for many members of Congress. In 1991, in an interview, Chief Justice Warren Burger, who was appointed to the Court by Richard Nixon and was a conservative, accused the NRA of fraud on the American people and said it had far too much influence on the members of Congress. He ended the interview by saying, “and I am a gun man.” Imagine what Burger would think today!

The NRA supports the Republican party and has convinced gun owners that Democrats want to take away their guns, which is foolishness. My family, Democrats as far back as our genealogy can be traced, have been gun owners, though we have felt no need to carry them in holsters on the street. Voters cast votes for candidates who are supported by the NRA because they fear anyone else will somehow take away their guns.

These are only two examples of many. Other issues that fall in the “principle over pocketbook” category are abortion, drugs, affirmative action, racism, and taxes. But those are topics for other blog posts. The Tea Party branch of the Republican party has been particularly effective at encouraging low-information voters to vote principle over pocketbook with Fox News being their media tool.

In our 2016 Presidential election, it will be interesting to watch this phenomenon. Unfortunately, in this writer’s opinion, the presumptive Republican candidate, Donald Trump, has not yet taken definitive positions that allow anyone to make decisions based on their pocketbooks or their principles. #amwriting #writers #blogging #BlogHer