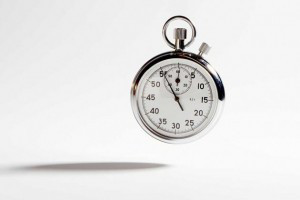 “Oh, he is a snollygoster, all right. That Donald, he is a right snollygoster,” the old man said as he stood on the street corner talking to a group of folks that had gathered round him.

“What’s a snollygoster, mister?” Asked a young fellow who was part of the group.

The old man replied, “We don’t want to vote for a snollygoster, young man. A snollygoster is a right unprincipled fellow. He can be anyone, but is usually one of those unscrupulous politicians. Ha! In the old times, they smoked big cigars, carried carpetbags, wore flowered waistcoats, and were very shrewd and loud and proud in getting their point across to the public.”

The old man continued, “I think they are a bit more in disguise now. They are still loud and proud, but if they are politicians, they wear expensive suits, give speeches that promise the world, but they are really out for themselves and not for the people they are trying to represent. They are shrewd, however. You have to be more shrewd to spot one. You can usually spot their egos before you can see them.”

The young man nodded his head and started talking softly to the other people standing around the old man who was obviously holding court on that street corner. There were rumblings in that crowd. It was hard to tell if they were with the old man or against him. The crowd was growing.

The place was a street corner in New York City in the U.S. The time was October, 2016, only a month before the U.S. Presidential election. The candidates for President of the United States were probably two of the most disliked candidates ever running for President and it was clear that the old man was talking about one of them, Donald Trump, the businessman turned politician. There were rumors about both candidates, but new information had just popped up about Mr. Trump. Disturbing information. This information had apparently sparked the discussion on the street corner that day.

A middle-aged woman in the crowd spoke out. “Donald Trump is a snollygoster. We should all be able to see it. He says he is supportive of women’s issues, but look at the new information we just learned. Trump has even admitted that it’s true.”

Someone else in the crowd asked, “What information? Tell us.”

The middle-aged woman said, “Donald Trump made extremely lewd and sexually aggressive comments about women, citing that he could do anything he wanted to women because of his “star” status before a television show in 2005. His words were captured on tape because he said them on a hot mic pinned to his lapel. He had been married to his current wife, Melania Trump, only a few months at the time. Mr. Trump admitted the remarks were made but was not apologetic.”

There was a louder rumbling in the crowd after that explanation.

The middle-aged woman continued, “How can we, as a society who professes to give equal opportunity to everyone, vote for a candidate for President who has such disregard for such a large segment of our population?”

A cheer went up from the crowd surrounding the old man. Obviously, the crowd was an anti-Trump crowd or at least a crowd eager to hear the information the wise old man was imparting to them.

The old man said, “There have been many other revelations about this Donald that make us wonder how he can deal with foreign leaders who are women, governors and senators and representatives who are women, staff who are women, and women’s issues that come across his desk. He obviously has a blatant disregard for women and only values them in the bedroom.”

A loud male voice said, “But what can we do? He is very close to the other candidate in the polls. He may win!”

“We have to stop this carpetbagger, this snollygoster,” the old man said. “Do what Americans do best. Revolt! Go to his rallies and demonstrate against him. Make him drop that snollygoster cigar out of his mouth and lose his cool. Don’t vote for him and tell everyone you know!”

The old man said, “Remember the stories of the Old West where a covered wagon would pull up into towns and everyone would gather round because they knew there was a salesman on it selling products that might help their ailments? A salesman would appear in a flamboyant costume and have all kinds of products — elixirs to help their rheumatism, potions to cure whatever ailed them? Those elixirs and potions all turned out to be nothing more than snake oil. Nothing at all that would help and the people paid good money for them because they were desperate.”

“Yes,” the crowd, that had tripled in size, cried.

“That Donald is offering us snake oil if he becomes President. What he offers sounds good to some of us who are desperate but it will turn out to be nothing that will help us and will probably hurt us instead. He is the snollygoster in the flamboyant costume and the loud voice,” said the old man.

At that point, the crowd was whipped into a frenzy. Someone had gone into a local store and had gotten material to make signs and posters. Everyone was down on the ground making anti-Donald posters to carry. The crowd numbered at least 500 people.

The old man slipped quietly away. He had done his work on that particular street corner. He was off to another street corner in another part of New York City. You see, the old man was not as old as he seemed. He was a Viet Nam veteran who loved his country. He was also ill and did not have long to live. But, he and some of us buddies from that war were not about to see their beloved country taken over by a carpetbagger. They were spread out all over the U.S., doing exactly what the old man was doing. They were on street corners all over America, holding court, telling the truth about the snollygoster determined to highjack their beloved country. They were not going to let that happen.

The old man trudged on.