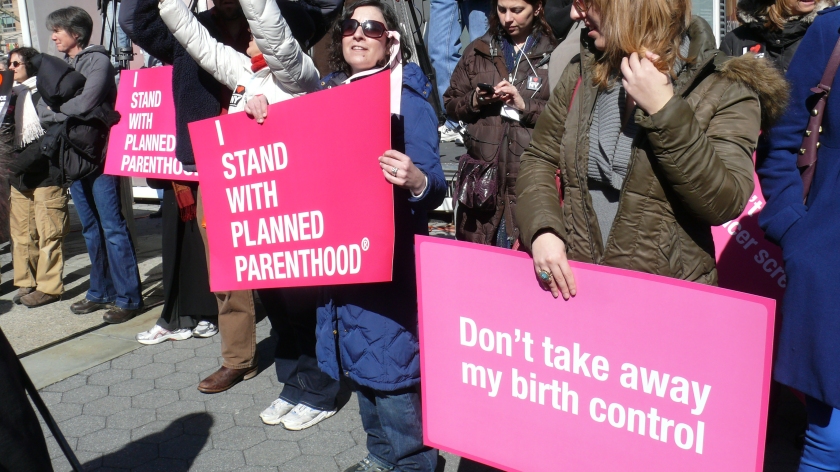 They offer pap smears that screen for cancer, a variety of birth control methods, including compassionate abortion in some cases, HIV services, LGBT services, services for men, and more.

The current Congress and President, as part of the conservative movement in the U.S., has been determined to defund Planned Parenthood on the federal level and turn whatever is left over to the states. This Congress and President also want to severely cut back the Medicaid program, our current version of government welfare. The two initiatives don’t seem to be compatible. Cut Medicaid and Planned Parenthood? Where are women and men who are low-income and possibly out of a job going to get health services, particularly in the face of a pregnancy? Where are low-income women going to get birth control services, along with family planning advice?

Does the conservative government really think that low-income women are just going to stop having children? They have to know that such a scenario is ridiculous. They will keep having children and the welfare rolls will swell. Emergency room visits will also swell as the women will have no health care options.

Does the conservative movement in the U.S. care? My thoughts? They will only care when it starts costing them money. They won’t care about the men and women they are hurting in the process.

Why We Need Planned Parenthood

What Gives White Men the Right to Take Away a Woman’s Right to Basic Health Care?