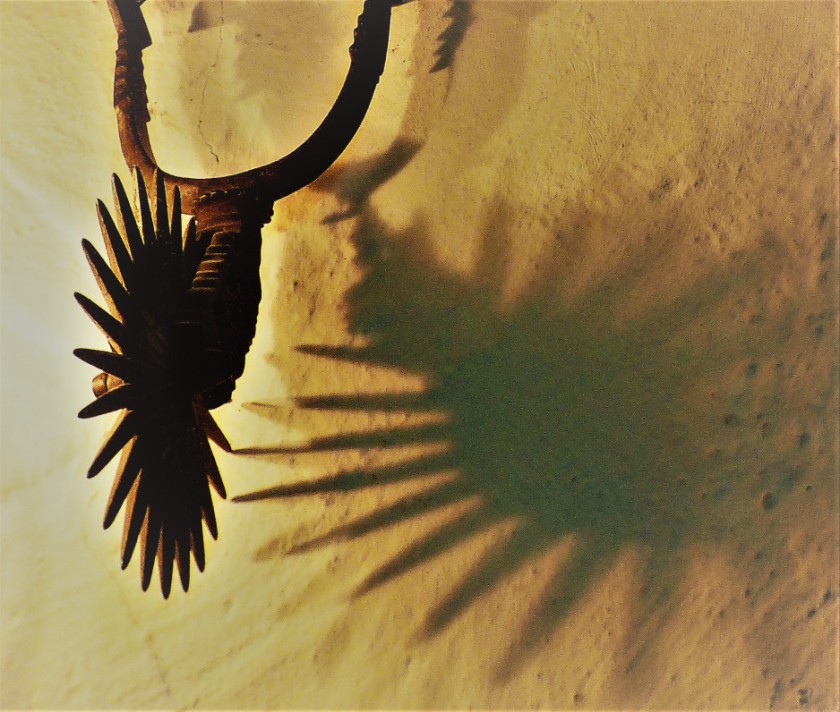 Below is a flash fiction story, “The Ghost Road, written for a challenge. It is continued below the line for this prompt:

They were driving the most challenging road they had ever driven. He had altitude sickness. They had been to the Grand Canyon. When they left for Phoenix, they took a wrong turn and ended up on a road that clung to the red rock mountainsides and took breathtaking drops down.

The road straightened out. They knew they shouldn’t turn on a dirt road. Phoenix couldn’t be this way. But they followed the GPS.

Later that night, her cousin called the police to report them missing. They scoured the desert. There was no sign of them. Not ever again.

This is a continuation of a previous story, “The Ghost Road,” above.

They followed the dirt road for miles. She kept telling him it couldn’t be the road to Phoenix no matter what the GPS said. He seemed like a man possessed, determined to follow this ghost road no matter what. She was getting frightened. He was acting strangely.

Finally, he said, “I want to see where this road goes, Phyllis.”

”Chad, we’re obviously not on a road to Phoenix.”

”I know, honey. But I’m curious. Let’s just follow it a little farther.”

Phyllis found herself thinking she wished she was still driving. He’d had altitude sickness most of the way, but after they had turned on this dirt road, he had felt better. If she were driving, they would have turned around.

”All right, Chad,” she replied, “but only a little farther.”

Chad drove on, bumping along the dirt road. The GPS had long since stopped talking to them and appeared stuck on the location where they turned off onto the dirt road. Phyllis suddenly saw something ahead. It was so hot in the desert that day that the air was shimmering and she thought it might be a mirage, just a product of her imagination. Chad saw it too.

”Phyllis, there are buildings ahead of us.”

”I see something, but the air is shimmering from the heat and I wasn’t sure it was really there.”

”How could it be a town, Chad? This is a dirt road out in the middle of the desert with no services anywhere around. Who would live there? Anyway, it is probably miles away and seems closer than it is.”

”This is obviously what the GPS was pointing us toward. Let’s just have some fun and go exploring.”

For some reason, Phyllis got the feeling that Chad wasn’t just having fun. He seemed more like a man on a mission. She remained quiet as Chad drove closer and closer to the sand-colored buildings. Finally, Chad started to slow down as they came close to a small collection of old buildings seemingly built out of the sand of the surrounding desert. They didn’t see any other people.

“This is creepy, Chad. Let’s turn around and go back.”

Phyllis looked in the direction Chad was pointing. There was a sign that said, “Phoenix, Arizona. Population: 283.” She turned in amazement to Chad.

”The reason the GPS led us in this direction is because this is Phoenix. Maybe it is the first early settlement of Phoenix,” Chad said with astonishment.

”That can’t be. It would be a tourist attraction.”

”Then why, Phyllis, does the sign say Phoenix, Arizona? There is only one. This is an Arizona ghost town! Let’s get out and walk around.”

Chad and Phyllis parked the car and started to walk around the abandoned Phoenix. Some buildings were missing a roof, others a wall. Some were intact. They went inside some of the buildings. One had a skillet on a wood stove and plates on the table as if the people had left in a hurry. Another had blankets on twin beds in a bedroom and an old, rusty spur hanging on the wall. Another seemed to be an auditorium. A thick layer of desert sand was on top of everything.

Chad and Phyllis walked outside the old building and there, in the middle of the street, was an old-fashioned cart with the words “Dr. Green’s Medicine Show” written on the side of it and a tiny man standing on top of it screaming at a previously non-existent crowd of people. Everyone was dressed in old-fashioned clothing.

The couple looked at each other.

”See, Phyllis, this is a ghost town, complete with entertainment,” Chad said.

They walked around the show and Chad started looking around as if he’d lost something.

”Phyllis, the car is gone.”

”I can see that. Someone has stolen it.”

When they turned to walk back into the ghost town to report the crime, it was full of  people. The buildings were filled with activity and looked almost new. There were men on horses, as well as men driving horses and buggies through the streets. Chad and Phyllis looked at each other and didn’t know what to say.

A large man with a holster on and a gun walked toward them.

“Can I help you fine people?” he asked, “I’m Sheriff Martin.”

”Our car has been stolen, Sheriff,” Chad said.

”Your what?” replied the Sheriff.

”Young man, you have had too much of Dr. Green’s elixir. I don’t know what you’re speaking of.”

With that, the Sheriff started to walk away. Phyllis ran after him.

The Sheriff stopped, turned around, and said, “Young lady, please go somewhere and cover up. You’re walking around in little more than your undergarments.” He walked off again.

Chad called after him, “Sheriff, what town are we in and what year is it?”

Phyllis fainted and Chad knelt down to revive her.