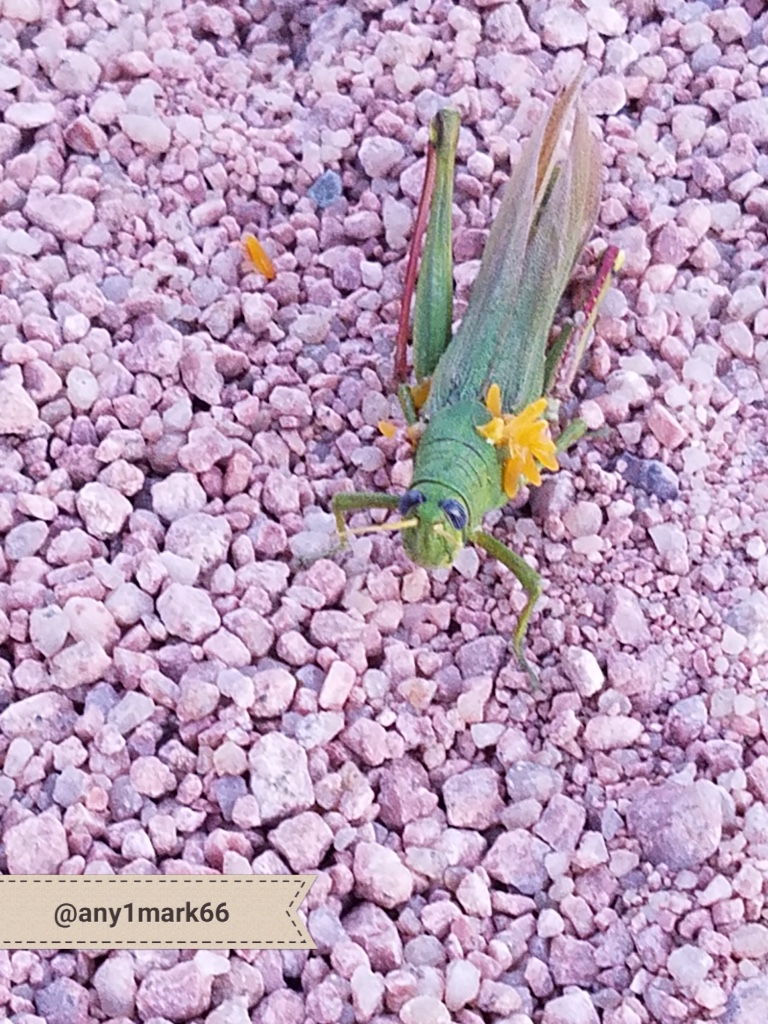 The entomologist found him in the park. Struggling in the gravel that surrounded a flowery border. When he bent down to look at him, he could tell that he was still alive but probably had a broken leg. He was walking home from the local university, but he always had a plastic bag and tweezers on him for specimens.. Entomologists study insects. He was teaching a class right now where they were dissecting and studying herbivorous insects.

He bagged the grasshopper and, instead of going home, he turned around and went back to his lab. He was considering trying to save this grasshopper. He had never tried to save one before. He’d always killed them in them name of research and science.

The entomologist felt a real sense of loss.