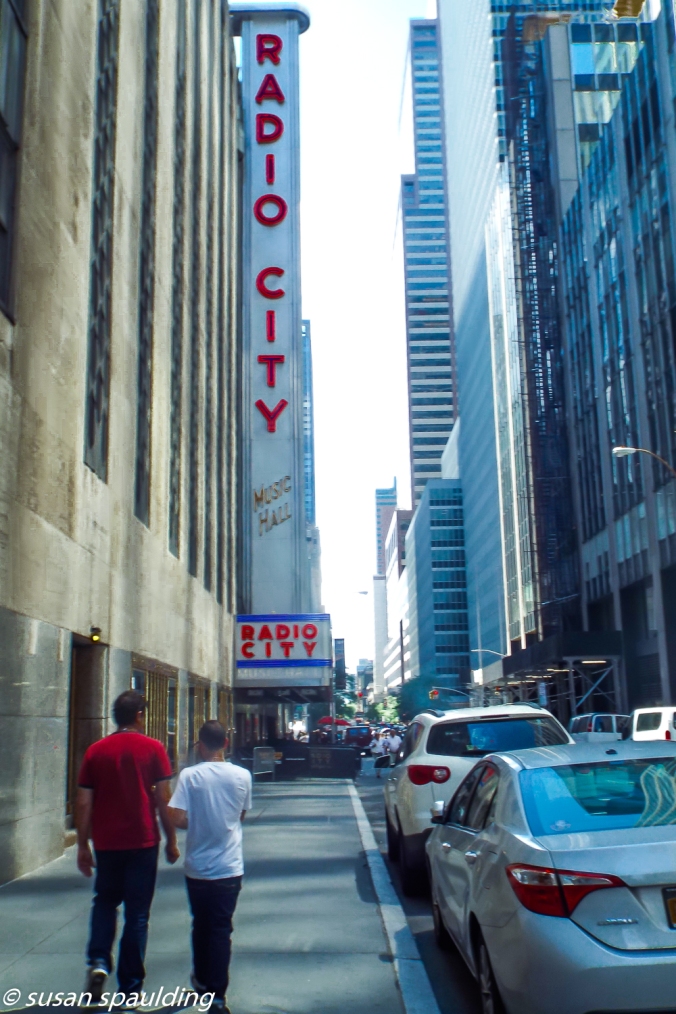 It was 1943 and World War II was raging. His Destroyer Escort had docked in New York City after a long stint in the Atlantic. She was a girl from Appalachia who had left home for the first time. She had traveled on the train to the City to meet him, her new husband, when his ship docked. They had three weeks together to look forward to. He had rented a tiny apartment.

It was her first time out of the hills of Kentucky. The bright lights of the City astonished her. Her husband and his Navy buddies pooled their money and decided to treat their wives, who had spent months not knowing if they were dead or alive. They bought tickets to see The Rockettes.

She thought the show was the best she’d ever seen. Afterwards, clutching her new husband’s hand, they all went to a club and danced the jitterbug. She was star struck.

They knew their happiness was fleeting. The ship would soon pull out again to go back to war. They returned to their apartment and made the most of their time together, knowing it might never happen again.

Thanks to Susan and #sundayphotofictioners for the prompt!

9 thoughts on “Love and War – #sundayphotofictioner”