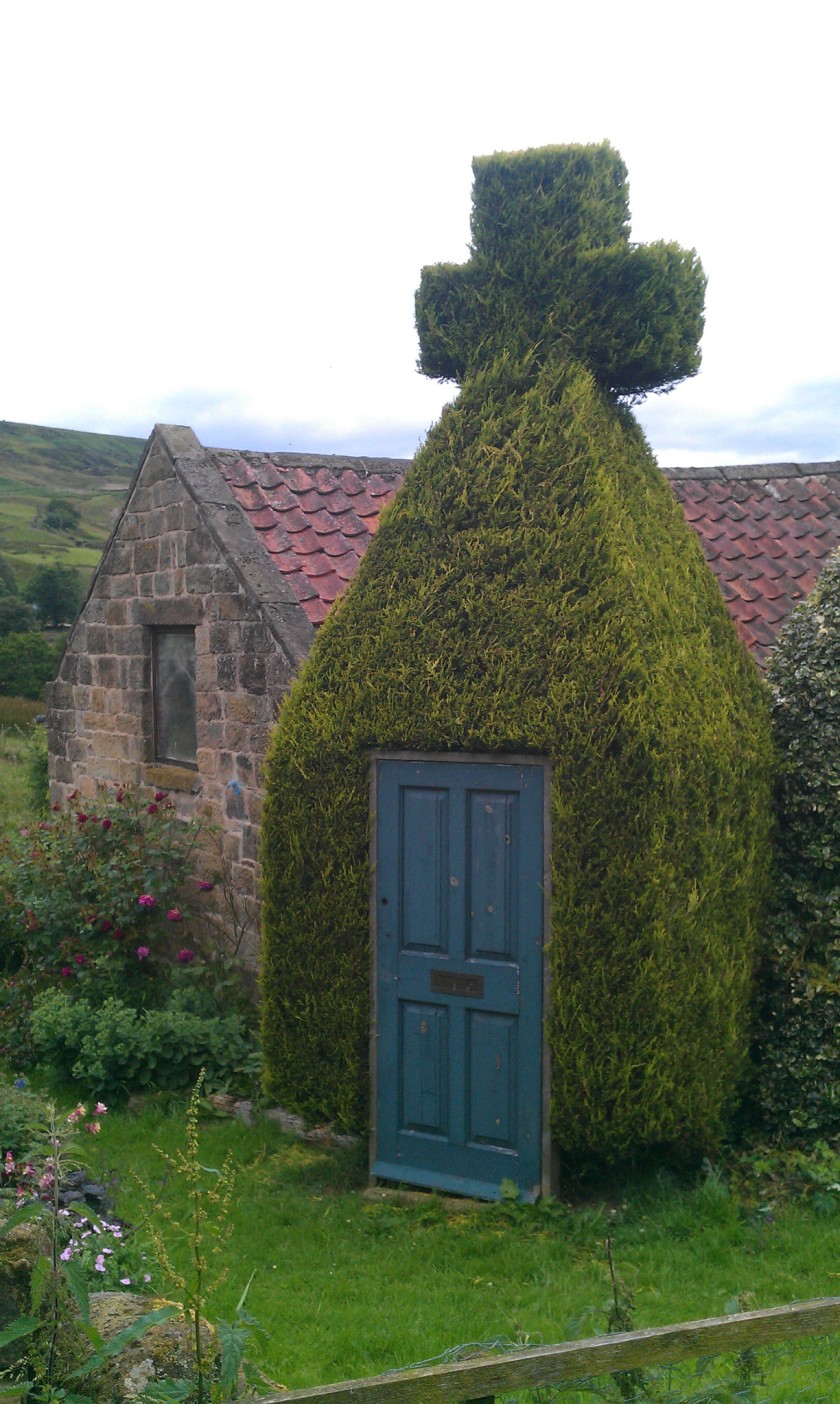 The old man and woman crept up to the door of the church. They couldn’t believe what they saw. Above the door was the Old Cross, the pagan cross. It was the cross they worshipped when they were young and visited The Sorcerer.

They stood back and looked at the Church, both it and the Old Cross covered in vines, like the church from long ago. Was it possible that The Sorcerer could be here so many years later? He was surely dead by now.

The old couple was on a bus tour of Wales. They had moved to London to have a normal life. They thought they had left paganism behind, but here was the Old Cross. They had an almost unbearable urge to enter the old church.

Their guide and tour group walked up. The guide began to discuss the area around the church and the symbolism of the Old Cross. He said the church was not open to the tour group. As he completed his remarks, the old couple felt a presence beside them. They turned and there was The Sorcerer in his black cassock and hood.

Thanks to Susan and Sunday Photo Fictioner for the prompt and John Brand for the photo.