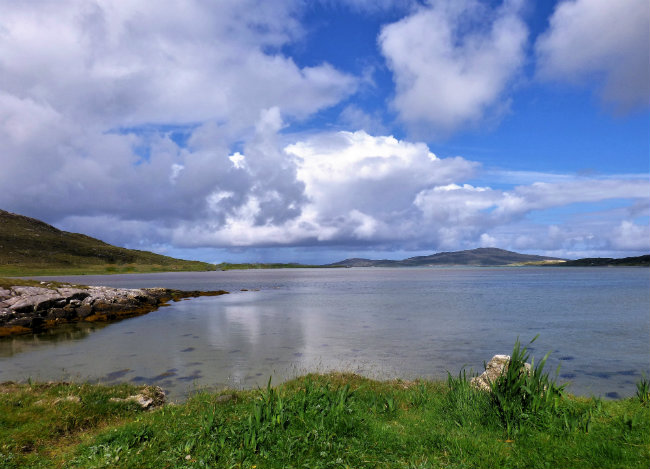 As Ladd and the small man made their way toward London, they stopped to sleep at dusk at whatever shelter they could find. The first night on the road found them by a lake with water so still it looked like glass. There was a small shelter there that someone, probably another traveler, had built out of limbs and mud. It was enough to keep them out of the weather and away from the wild beasts. The small man decided to stop there for the night.

After they laid down their things, the small man instructed Ladd to gather some leaves to make them softer beds. The leaves from the past fall were still on the ground. Ladd went about the business of gathering leaves while the small man built a fire. Dark had not yet fallen.

The small man went to Ladd and asked him to follow him. Ladd stopped leaf-gathering and followed the man. He led him to the water’s edge and sat down. He motioned for the boy to sit down beside him.

“Have you ever seen a looking glass?” the small man asked the boy.

“Oh yes,” Ladd replied. “The mother of my friend from home has one.”

”Looking glasses are important in your job as a wizard,” said the small man. “They allow you to see through them to the future and in front of them to the past.’

Ladd just stared at him.

“I’ll give you a magic lesson,” the small man said, smiling. “First, we have to cast a circle. The circle will keep the evil powers out and keep us safe inside.”

With that, the small man picked up a stick and drew an oval in the sand around them. He then sat very still with his head bowed. He appeared to disappear deep inside himself. He opened his eyes, raised both arms and pointed out at the lake. Ladd saw that his eyes had turned the color of the lake.

In his hands, he had pieces of lake glass he had picked up, clear in one hand, colored in the other. He shook them and transferred the clear glass to the hand with the colored glass. He said these words,

From the surface of the lake, a shimmery image of Ladd’s village arose.

As it came into focus, Ladd cried out, “There’s my sister. That’s Mercy!”

“Who are the people with her, Ladd?” the small man asked gently.

“The man is Smith, her betrothed and the blacksmith in our village. There are children I don’t know. It looks like Mercy is carrying a child.”

The small man said, “Remember Ladd, that is an image of the future.”

Suddenly, the image vanished. The small man seemed to draw back into himself and Ladd was quiet. After some time passed, the small man opened his eyes, which were now back to normal. He spoke. He spoke,

“That was quite tiring. It’s time to sleep.”

As he and Ladd arose, he removed the circle with his foot and they walked toward the shelter. The small man placed the lake glass in one of the jars he carried. He and Ladd then put a blanket on their pallets of straw, laid down, and immediately went to sleep.