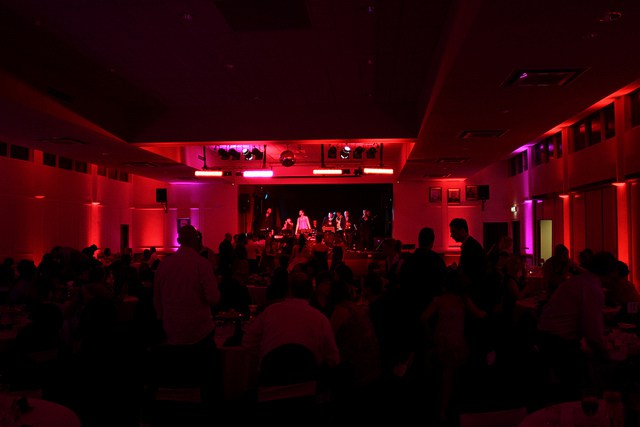 It was 1979. The good ole days of rock and roll. Sex, drugs, and rock and roll, to be exact. If she had known how good they had really been, she would have paid more attention. Enjoyed them even more than she had and she had enjoyed them a lot. If she had known what was coming. Oh, if she had only known what was coming. She was lucky. She was just at the right age to take advantage of those days of rock and roll. Graduated from college a few years earlier. Out on her own with a good job. Living in a city, big enough but not too big.

In a way that she can only appreciate now, those days were innocent. The first innocent days of rock and roll. People enjoying each other. Awesome music. Drugs, yes, but it seemed not many of her friends had addiction problems. Social drug use. A little weed. Some cocaine, but no one had heard of crack yet. LSD but not among her friends. That’s about it.

Anne was reminiscing. Now it was 2017, early in the year. Winter. She was sitting in a nightclub in a city far away from that city she’d loved so much. That city from 1979 where she’d made good friends, heard that awesome music, gotten her education. She was still that same girl in her head. Her body was telling her that maybe it wasn’t quite the same any more. Her heart. Oh, her heart. It had been light and fun-loving in 1979. Now, it had been stepped on once too often. It wasn’t light anymore. It was still fun-loving but ever so much more cautious. She hated that. All the years in between, and the experiences, had done that to her. Her poor judgment during those years had done that.

But, here she was. Back in a nightclub. She’d always loved bars and nightclubs. She’d felt at home in them. Free. Free to be herself and she didn’t feel like that in very many places. Some of her friends would never believe that as they thought bars were terrible places. Other friends, they agreed with her, secretly or not so secretly. Even if they didn’t agree with her, they knew this about her and understood.

The band playing at the end of the long bar was a heavy metal band. She liked a few metal bands. Not this one. They were making noise and not music. Maybe the noise would drown out some of the thoughts in her head. A good band would have better accomplished that as she would have enjoyed it, but this bar was close to her hotel.

Anne thought of some of her old friends who she knew in 1979. So many of them were gone now. Some had fought in Vietnam and had died due to war-related ailments. She thought of Bobby. Some had kept right on partying through the years, never stopping to take care of themselves, and had died due to heart ailments. She thought of Jim. Some had settled down and married and had families and had stopped this foolishness. She smiled to herself as she thought about that. Some had mental illnesses and she thought, her heart breaking, about Paul. Some were like her. They had gone on and had been successful, either at home or with a career, but their hearts still belonged to 1979 and rock and roll.

Finally, the server approached her and seemed surprised when she ordered a shot of Dom Julio tequila with a glass of water. That pissed her off. She didn’t look that much like an old lady. She did look female, however, and the server went ahead to ask her if she wanted it chilled. That was a question they would only ask a girl. Anne snapped a quick, “Of course not,” at her and looked away.

Anne needed this bar and this shot of tequila tonight. She was at a writer’s conference to promote her new book. The conference was in New Orleans and Anne had almost told her publisher that she could not come to this city. She knew that he would put a great deal of pressure on her to come and there was no use fighting him about it. She had to come. It was an important conference if she wanted her book to be successful. It was her second novel. A writer’s second novel is important. It tells a publisher if the success of the first one was a fluke or the real deal. So, here she was in the city where she had spent so much time during her life. The city where the love of her life still lived.

She was staying at the conference hotel. The Royal Sonesta on Bourbon Street. A hotel she and her love had stayed in more than once. She shook her head and about that time her tequila finally showed up. She shot it before the server could walk away and ordered another one. She had to get those thoughts out of her head as she had important business to attend to.

All the other conference participants were excited about touring New Orleans. There wasn’t nearly as much to see since Hurricane Katrina had almost wiped it out. Anne could tell a huge difference. Almost half the population was gone. She surely didn’t need or want to tour New Orleans. She could be the tour guide since she had been there so much. Touring it would just make her remember things she would rather not.

For the most part, the conference participants were younger. They barely remembered that epic hurricane, let alone realized what it had done to that city. She also knew that restaurants were still closing at a rapid rate as it continued to lose population. Even universities in the city were facing closure. A lot of what was left in the French Quarter  seemed to be the strange people, mimes, the voodoo shops, and such. She didn’t want to see this city that she loved dying a lingering death. She had decided to stick close to the conference hotel, participate in everything the conference had to offer, and pretend she was somewhere else. But, she had to sneak out, late at night, and take advantage of the bars and the music.

She was just thinking of going over to one of the good jazz bars she knew. She had heard that a big name in jazz was playing at Preservation Hall. Suddenly, a voice said, “Madame, may I join you?”

She looked up and to her right and a man was standing there smiling. He had jet black hair and sparkling blue eyes that also seemed to be smiling. At first glance, he was probably 15 years younger than her. She thought about it a second and knew she could always get up and leave. She shrugged her shoulders and motioned to the other chair at the table. Before he sat down, he stuck out his hand and said, “I’m Jon Beaufort.”

She shook his hand and introduced herself, “I’m Anne Darrow.”

He sat and said, “That is a good Scots name.”

“I believe yours is French.”

“I would ask you what a classy lady like you is doing in a nightclub by herself, but it would sound like a line.”

“Yes, it would,” Anne said, “but I will answer you. I’m attending a conference at the hotel next door and I came over here in hopes they had a good band.”

“I, too, am attending the conference at the Royal Sonesta,” exclaimed Jon. “So you are also a writer.”

Anne and Jon sat and talked about the books they had written and promoted for  a short while. While Anne had written two psychological thrillers, Jon wrote political thrillers. There was a lot they could talk about and learn from each other. Suddenly, Jon looked at Anne and mentioned that the band was loud and not at all good. He said, “Anne, I may be out of line, but would you like to go somewhere quieter and have dinner with me? We could finish our conversation.”

Anne had to think for a moment. It was just dinner and he was a conference participant, so why not, she thought. Then, so many reasons why not flashed through her mind. She smiled and reached into her purse, taking out a business card. She scribbled her phone number on the back. She handed it to Jon.

Anne said, “Jon, you seem very nice. Maybe I would like to get to know you better. Let’s see each other tomorrow at our book signings. Then, after the conference, if you want to call me some time, please do.”

Jon smiled and asked if he could walk her back to the hotel. He said goodbye at the elevator. Anne had no idea if she would see him the next day or not. She realized she didn’t really care and went on up to her room. She didn’t know him well enough to care. If he wanted to get to know her, he would have to make some effort. Anne felt proud of herself. It was about time.