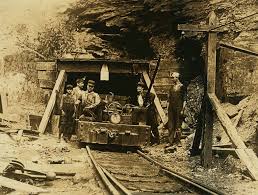 Donald Trump is right to want to put our nation’s coal miners back to work. He is not right to promise to put them back to work in a declining industry and make promises to them he cannot keep.

Trump recently signed an Executive Order relating to coal mining that did one thing and one thing only. It rolled back a regulation that stopped mining companies from dumping water from mining operations into streams, a regulation put into place during the Obama era. Rolling back this regulation will not give the majority of coal miner’s their jobs back because regulations are not what has taken away the coal jobs.

So what did take away the coal miner’s jobs? Automation in the mines, for one thing. Competition from low-cost, plentiful natural gas. Mergers and acquisitions within the coal industry that were unwise and didn’t work. This one mining regulation had almost nothing to do with destroying the jobs within the mining sector. Trump’s latest executive order is not going to help you very much for very long. If at all.