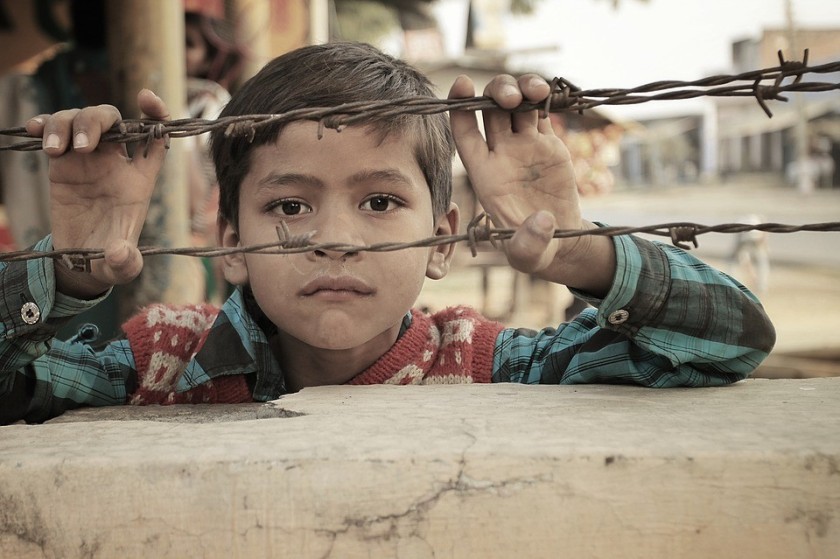 Hassan watched the soldiers as they went through their drills near the house in which he and his mother were staying. He remembered another house. He was with his mother, father, and baby sister in that house. Now his father was a soldier and seldom came home. As for his baby sister, she was just gone. When Hassan asked where she was, his mother just cried. Hassan was seven years old. He lived in Aleppo, Syria.

All Hassan knew was that his ears hurt. He wished for quiet. It was never quiet where he lived. Hassan was also hungry, but he tried not to cry.

One day his father came home and told them to get ready. They were going to escape. They left the house and ran into the country, hiding all the way. His father said they had to get to the border. Hassan was so tired, so his father carried him. Suddenly, there were bright lights and men with guns. When Hassan woke up, he was on a cot with his mother smiling over him. They were safe now, she said.

Hassan knew she was right. It was quiet now.