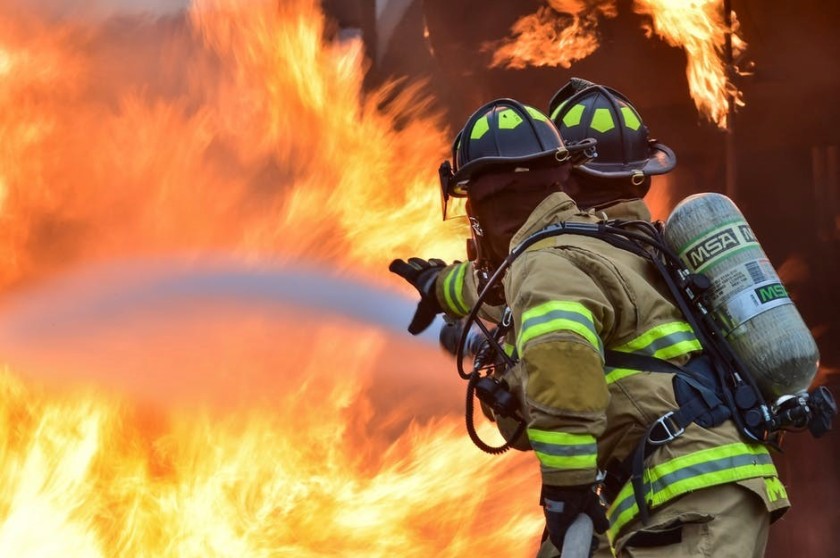 “We have to establish a fire break to keep this fire from jumping the highway,” Roger said to Jeff, who was fighting the fire along with him.

There were 30 firefighters trying to hold back just this section of the fire near U.S. 41 in South Florida, but they were having little luck. It was hot and dry, with winds at 30 mph.

The Chief radioed in and told the men two firefighters were trapped in their section. They were asked to try to get to them. Roger and Jeff looked at each other, then at the roaring flames in front of them. They knew there was no way to get to the men. To try would be suicide. They would have to hope their fire blankets would save them.

As some of the men kept piling up dirt near the highway and others were using the hose, two men came running out of the flames, covered by their fire blankets. Everyone cheered! In the arms of one of the men, under the blanket, was a small, black creature. A tiny Florida panther! Separated from its mother and saved by the firefighters even while they were saving their own lives.