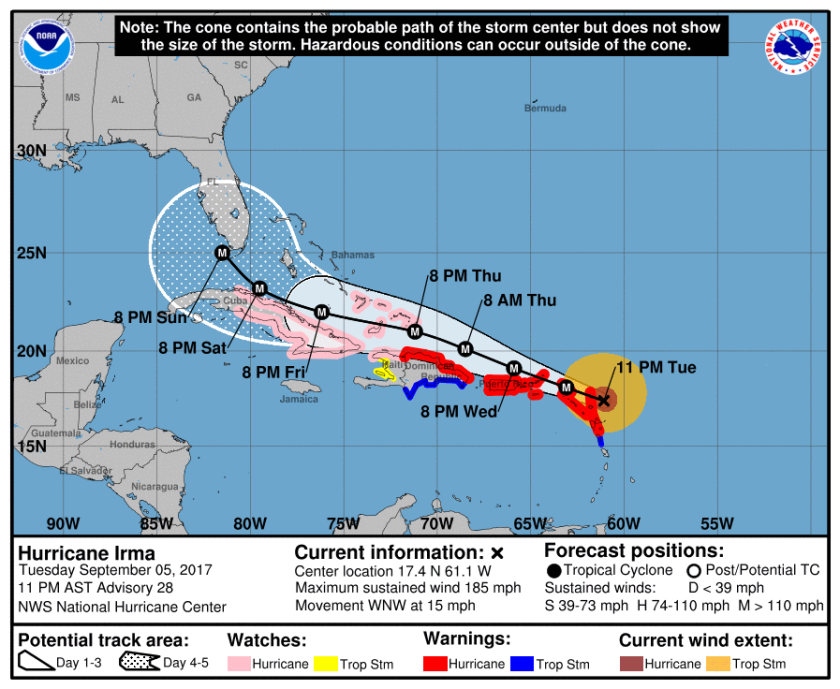 The monster came from the depths of the Atlantic Ocean. The oceans were getting hotter. They were creating these monsters. As it traveled across the Atlantic, the monster gained strength. It was called #HurricaneIrma. Before it reached the Caribbean Sea, it was the strongest hurricane in the history of the Atlantic. If there had been a Category 6, it would have been that. But there wasn’t. Wind gusts over 200 miles per hour. Sustained winds at 185.

I couldn’t bear to look away from the weather maps. It was like watching a train wreck. Maybe like watching the end of a dream. That monster was on a path that seemed to collide with my magical island off the coast of Florida. Unless a miracle happened, it would definitely collide with the state of Florida. If it didn’t weaken, I couldn’t bear to think of what would happen to the big cities. To the people in the big cities. I hoped they all had left, but I knew they hadn’t.

Then, there was my island. This winter was to be the first winter I would spend on my island. I lived at sea level. Not a half mile from the coast. Wind and storm surge were the enemies of my home on the island. Could it survive this storm? Winds of 200 mph unless it slowed down? The answer was no. It could not. It was only a small place. Not that secure. Not that steady. Not hurricane-proof. But enough for me to spend the winter. I knew I would probably not have that chance.

I’d been going to the island for eight years. I’d made friends. People I care about. What about them and their homes? I couldn’t bear to think of it. Of them. As I watched the monster draw closer, it became about them. Some had lived on the island all of their lives. Others for many years. I was a newcomer. Some were going to ride it out on the island. Some were leaving. The thought of those staying on the island scared me to death.

It’s 4:30 a.m. I can’t sleep tonight. My island, my friends, my new home are all in danger. I may never get to spend a winter there. What will it be like after this storm? What will Florida be like?