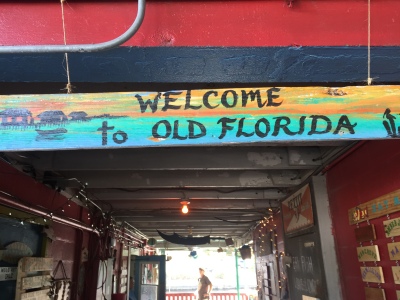 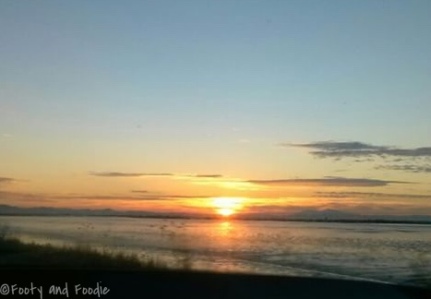 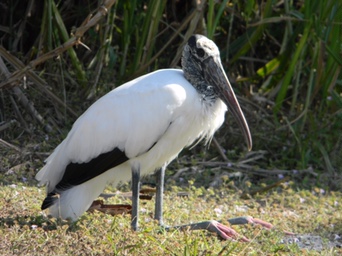 Have you ever come to a fork in the road in your life where you had to make some hard choices? See that picture above? That’s Bob. A rather rare species of wood stork. Bob illustrates what has been a rather hard choice for myself and my family.

Wood storks like Bob only live along the far southern coast of the United States. Seldom do they frequent your yard and you have the chance to get to know them up close and personal. But, I had the opportunity to get to know Bob and so many other wonderful things over the last ten years on Pine Island, a barrier island off the Gulf Coast of Florida.

We discovered Pine Island in the spring of 2009 quite by accident. It was love at first sight. It is a wildlife lover’s paradise and a slice of Old Florida thrown in for good measure. Pine Island used to be a place primarily for commercial fishing, until the tourists discovered it. It still isn’t frequented as much for tourism as Sanibel Island or Marco Island due to its lack of sandy beaches. The beaches are rocky and filled with mangroves. But if you love wildlife, beautiful tropical birds and fish, exploring and hiking, and really nice people, you would love Pine Island.

We started going there every year, at some point during the cold Kentucky winters. Since it is off the coast of Ft. Myers, Florida, it is warm and dry all winter. Lovely weather. We loved it so much we bought a small place there. But time marches on and it finally became obvious that the drive of 1100 miles one way was going to finally be too far and that finding a housesitter for weeks or months on end was going to be impossible. We made the decision to sell our place on Pine Island. That certainly doesn’t mean we’ll never go back. It does mean we won’t be residents and we won’t be wintering there in the future.

There are so many things I’ll miss. Bob, of course. The beautiful fishing pier at Bokeelia. The little town of Matlacha. The awesome seafood. That beautiful ocean. The weather (but only in the winter!). The really nice and often delightfully eccentric people. The wonderful restaurants. The opportunity to observe exotic wildlife and birds up close and personal including ospreys and bald eagles. The chance to see my friend, Amy, and so very much more.

To me, Pine Island represents one of those wonderful interludes in life that you love looking back at and it makes you happy that you were there and sad you had to leave. I’ll always hope to go back. But, if life happens and for some reason, I don’t make it back to Bob, I’m a lucky girl that I got to be there at all. Not everyone gets to experience such an interlude in life. Maybe I’ll write about it someday.

Now it’s time to move on to the next Great Adventure and we’re thinking the Great Lakes, particularly Lake Superior, the land of my ancestors.

I wouldn’t trade my time at Pine Island, and with Bob, for the world.